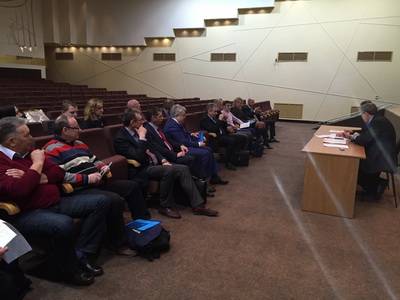 The first meeting of the new RusAF Presidium took place under leadership of the newly elected President Mr. Dmitry Shliakhtin, after the Extraordinary elective RusAF Conference, which was held in Moscow, on Saturday 16th.

Presidium extended the authorities of the Interim Coordination Committee (ICC) for collaboration with WADA and IAAF regarding harmonisation of the RusAF activities with the World Anti-Doping Code and the IAAF Anti-Doping Rules. Mr. Gennady Aleshin will continue as Chair of this Committee.

Members of Presidium extended authorities of Mr. Mikhail Butov and Yuri Borzakovsky, Olympic Champion in 800 m, in their respective positions of a RusAF General Secretary and Chief coach of Russia National Athletic teams.