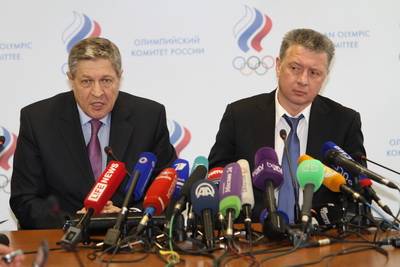 Interest towards elections of new athletic governing bodies was so high, that there was hardly enough space for mass media representatives. Over 100 journalists highlighted this event.

Dmitry Shliakhtin said that he would combine the two positions, Minister of sport of Samara region and President of RusAF. Mr. Shliakhtin addressed journalists by saying that his primary task in his new role is to fulfill all IAAF criteria, so that Russian athletes could compete in the Olympic Games in Rio.

Gennady Aleshin informed journalists in details about the elective procedures of the RusAF President and Members of Presidium. Mr. Aleshin mentioned that RusAF Presidium consists now only of new Members and does not include any acting athlete. Chair of ICC explained that athletes have to focus now on the preparation for the Olympic Games in Rio.