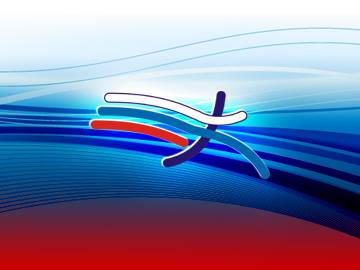 The IAAF Doping Review Board chaired by Robert Hersh (USA), has sent this night replies to Russian athletes, who submitted their individual applications seeking eligibility to compete in Rio 2016 Olympic Games and other international competitions.

Currently, only one application, that is, of Daria Klishina, the long jumper, has been approved out of 68 individual Russian applications. Other 67 candidates, who have been also approved by the RusAF Presidium in accordance with the fulfilled criteria of the Russian Athletics Federation for participation in the Olympic Games, have been refused.

This decision has been taken by the IAAF Doping Review Board based on criteria elaborated by the IAAF Taskforce and approved by the IAAF Council on the 17th of June, 2016 in Vienna. One of the most significant criteria for IAAF was that the athlete was staying for a “sufficiently long period” outside Russia and “could provide a substantial assurance of integrity” under control of a foreign anti – doping system. Main reason of why Russian applications were refused, was lack of trust towards Russian anti – doping system. IAAF did not take into consideration the fact that in the last six months all and every candidate to the Russian National team has been subjected to additional testing done by foreign anti – doping organizations in accordance with IAAF instructions.

RusAF is of the opining that IAAF criteria are not fair and RusAF will support individual responsibility of each athlete in case of violations of the anti – doping rules. Together with athletes, RusAF support a lawsuit submitted to the Sports Arbitration Court (CAS) in Lausanne on the 2nd of July, 2016 by the Olympic Committee of Russia in reply to the decision taken by the IAAF Council.

To our regret, IAAF has not approved the applications submitted by young athletes who were seeking eligibility to the European Youth Championships and European Junior Championships, which were to be held in July 2016. Young athletes, who have only started their sports career and who failed to fulfil the main IAAF criteria, that is, to stay outside the Russian territory for a long period of time, have been suspended as well as Olympic athletes. Suspension of young athletes from competitions will provide a very negative impact to the future of athletics not only in Russia but also all over the world.

For the time being, Russian athletes continue their preparation towards the main competition of a four years cycle, and the RusAF together with the Ministry of Sport of Russia and Olympic Committee of Russia conduct all the required technical and organizational work for the preparation of the National Athletic team of Russia to the Olympic Games.

RusAF is fighting for the rights of “clean” athletes and awaiting CAS decision.